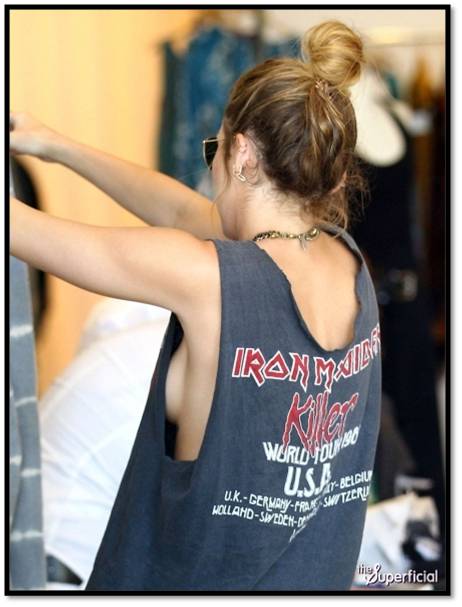 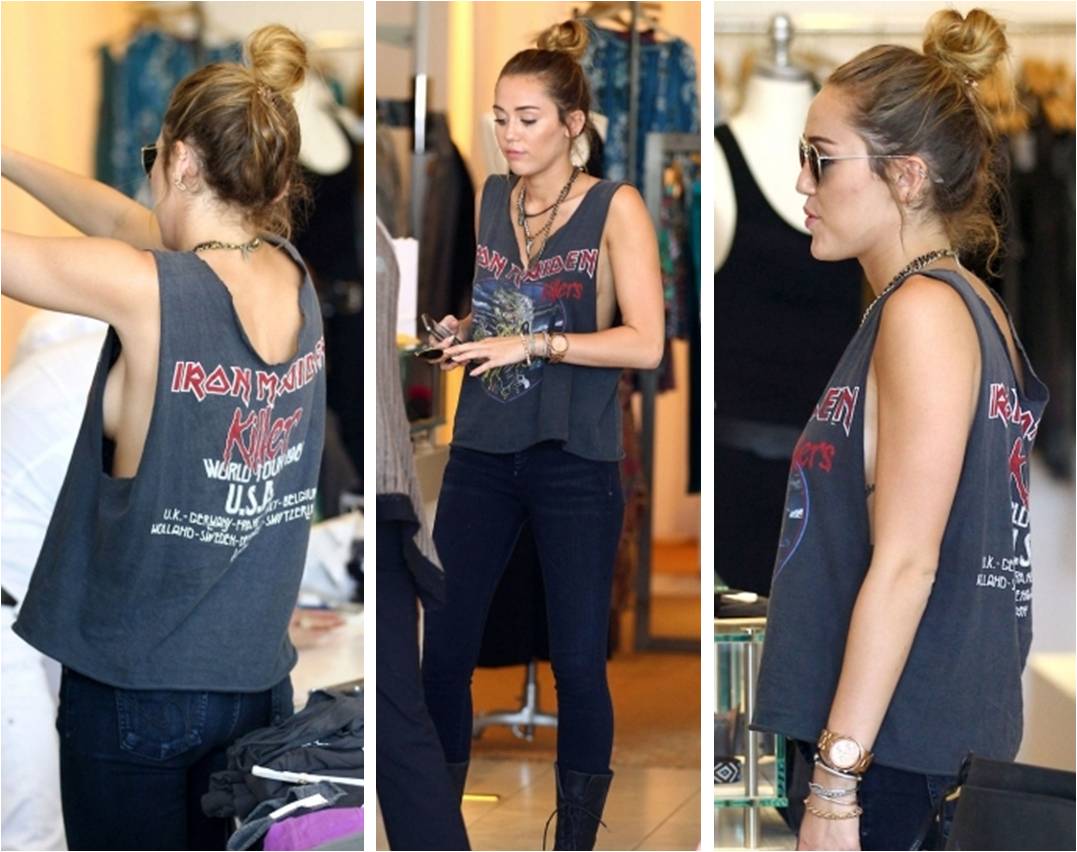 Miley Cyrus was out shopping in Calabasas when paps caught her out with no bra on and a really cut up t-shirt that shows off her girls just right! 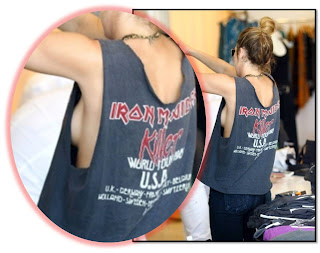 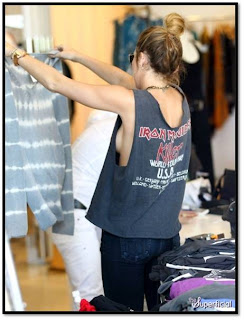 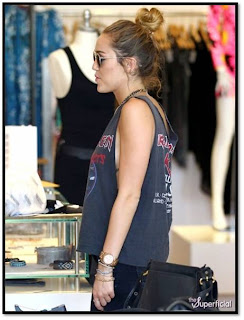 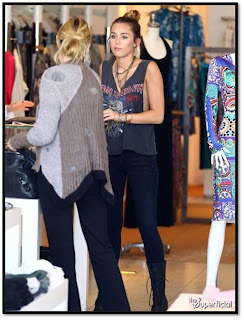 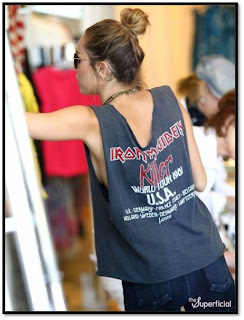 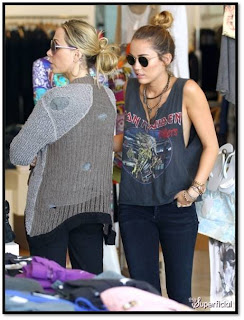 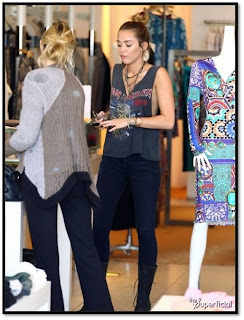 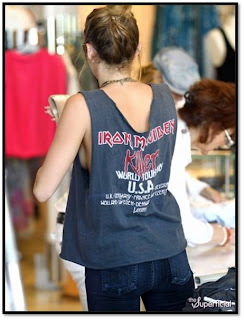 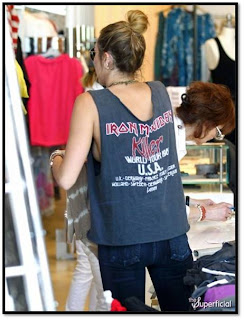 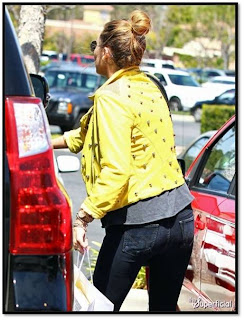 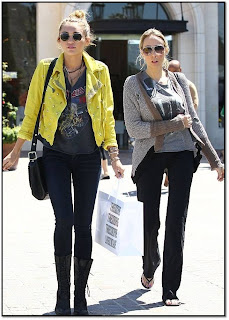 Miley Cyrus flashes some skin as she wears her favorite rock star Iron Maiden's T-shirt without a bra. Rock chick, Miley cyrus is on a roll of getting all flashing for some time now. She revelaed quite a lot of her navy blue bar last week as the paparazzi caught her leaving the gym with a sleeveless white top. The 19 year old goes a step further when photos of her reveal her wearing a sleeveless Iron Maidon T-shirt with an enormously large sleeve line. The young singer opted to go bra-less as she went shopping with her mom to Calabasas.

Perusing through the clothing store, Miley's side boob was on show for all to see through the gaping sides of her Iron Maiden customized top. She had taken off her yellow studded biker jacket that she had been wearing to try on some clothes. The actress and singer paired her oversized vest with a pair of high-waisted denim jeans and some mid-length leather combat boots. She bundled her brunette locks in a high bun and wore her favorite Ray-Ban shades.

This week Miley furiously maintained that she is not, in fact, anorexic, after a series of reports suggested that she was suffering from the eating disorder. She took to her Twitter page to debunk the rumours, claiming her weight loss was due to a dietary allergy.

Miley tweeted: ''For everyone calling me anorexic, I have a gluten and lactose allergy," she wrote on her Twitter account. "It's not about weight it's about health. Gluten is crapppp anyway!"

She told one fan: "Everyone should try no gluten for a week! The change in your skin, physical and mental health is amazing. You won't go back!"
April 16, 2016
Next article Next Post
Previous article Previous Post
‹ Newer Post Older Post › Home